Historic warship supplied by AEI Cables gets the Queen’s blessing 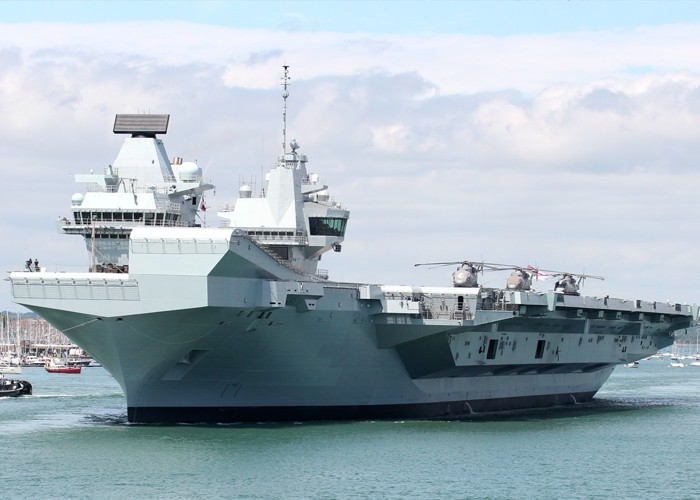 The biggest warship ever to be built in Britain has been commissioned by the Queen in an historic ceremony – with more than 1,800 miles of cables supplied by AEI Cables powering the vessel.
The proud moment came as the Queen visited the newly-built Queen Elizabeth Class Aircraft Carrier (QEC) in Portsmouth in a ceremony also attended by Princess Anne, Theresa May and the First Sea Lord Admiral Sir Philip Jones.
The company, based at Birtley in the North East, was responsible for the design, manufacture and delivery of a state-of-the-art range of naval power, instrumentation and communications wires and cables.
Amounting to more than three million metres of cable and wiring, the volume of cabling would stretch from London to Moscow and beyond.


Stuart Dover, Commercial Manager for AEI Cables, said: “We’re honoured that our cables have played such a part in the development of this historic vessel. It gives us great pride that our team has contributed such key technical skills, research and development expertise and design and manufacturing service delivery to this level.”

Lorem Ipsum is simply dummy text of the printing and typesetting industry. Lorem Ipsum has been the industry's standard text ever since the 1500s, when an unknown printer took a galley of type and scrambled it to make a type specimen It has urvived not only five centuries, but also the leap into electronic typesetting.

At 65,000-tonnes, and at a cost of £3.1billion, the QEC is the largest ever to enter service with the Royal Navy at three times the size of the Invincible Aircraft Carriers, with a second carrier The Prince of Wales still under construction.

AEI Cables is already a supplier of defence cables and wiring products to Naval Fleets, including the supply for the Type 45 Anti-Air Warfare Destroyer programme for the Royal Navy to prime contractor BAE Systems, including control cables, weapons cables and medium voltage propulsion cables.

All AEI Cables’ products are supplied with approvals from independent bodies including BASEC and LPCB covering design, manufacture and supply.

It also holds approvals from organisations such as Lloyds, the MoD, Network Rail and LUL, and works to international standards around the world including American and Canadian approval systems.